The Latest Trends in Data Recovery

Posted by Tim to Data Recovery Tips on January 5th, 2021

Would you be able to recover the data you currently have in your device if you were to delete it accidentally or the device was stolen or lost?

Almost half (47%)of people lose the data stored in their smartphones due to device damage, while 40% mistakenly erase data from their smartphones. Only 16% can recover their lost data. These chilling numbers are the results of a survey collaboratively done by the consumer intelligence platform Toluna and the multinational cybersecurity and anti-virus provider Kaspersky Lab.

Going by the Toluna and Kaspersky Lab survey results, the chance that you may lose all the data in your smartphone is almost 50%. Even though the survey says nothing about data lost from other devices, the possibility that you may lose valuable data is always there on any device.

We have produced this article to ensure that your answer to the question above is an emphatic yes. We look at the innovative techniques for data storage and recovery that have emerged rapidly in the last few years. These include technologies like the Internet of Things (IoT), machine learning, and cloud computing. These technologies have influenced the way data is processed, stored, and recovered when lost.

A hard disk(sometimes called a fixed disk, hard drive, or hard disk) is a spinning mass storage device attached to the computer's motherboard. The hard disk (HDD) is the location in the computer where the operating system, installed software, and other files belonging to the user are stored.

The Solid-State Drive (SSD) is a more recent storage device. It does not have any moving parts.The SSD uses the significantly faster flash-based memory and replaces the traditional and slower hard disks. SSD increases the speed of computers considerably because of its low read-access times.

The M2, being a form factor for SSDs, is designed to be smaller but more expensive. Because it uses less space than the SSDs and HDD, this is the storage device favored by makers of slim laptops.

The difference between the HDD and SSD is presented well by the chipmaker Intel.com which says, "HDDs are a legacy storage technology that uses spinning disks to read/write data. SSDs are faster and more power-efficient than HDDs. HDDs are priced lower, but SSD prices are dropping."

One of the biggest misconceptions among computer users is that when they delete a file, it gets completely removed from the hard drive. This is not always true unless you have deliberately overwritten the data or used software that helps you to delete the data entirely from the HDD. 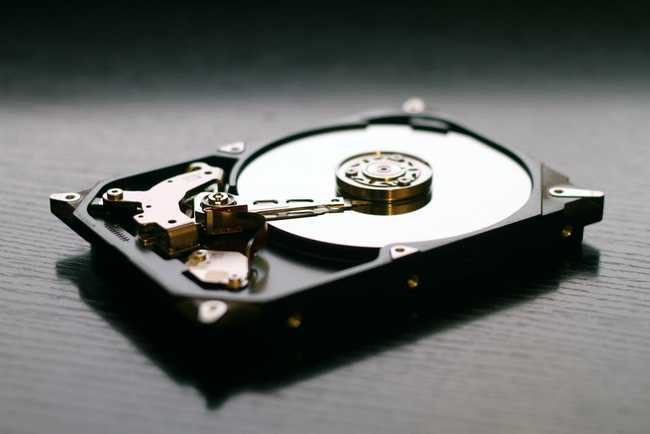 When you delete files, either by mistake or intentionally, they are moved to the recycle bin. However, deleting files from the recycle bin doesn't necessarily mean that they have disappeared off the face of the earth. They can still be retrieved with the right data recovery software.

If the files you have lost are stored in the SSD, the unfortunate reality is that you have to act with speed if you want to recover them. This is because the technology used by HDD and SSD is different.

Because the computer needs to write a large amount of data when using SSD quickly, it cannot keep the deleted files when writing the new ones. Therefore, the SSD has to completely clear blocks of data before it can start writing new data.

Even though the data deleted from the SSD can still be recovered, your chances of success depend on the time that passes after deleting the data. This is because the SSD system has a function called the TRIM. This system temporarily moves blocks of deleted data to temporary locations when it writes new data. However, these blocks will eventually be permanently deleted.

There are several contexts under which data can be deleted from an M.2 SSD, including:

But can data stored on M.2 SSD be recovered? Fortunately, the answer is yes. Once you discover that your data has been deleted, head to the recycle bin. If you're lucky, the file can still be restored from there. If the file has been permanently deleted, you won't recover it, like the above SSD data recovery. If M.2 SSD has been corrupted, you will need a professional method, such as powerful and professional data recovery software. 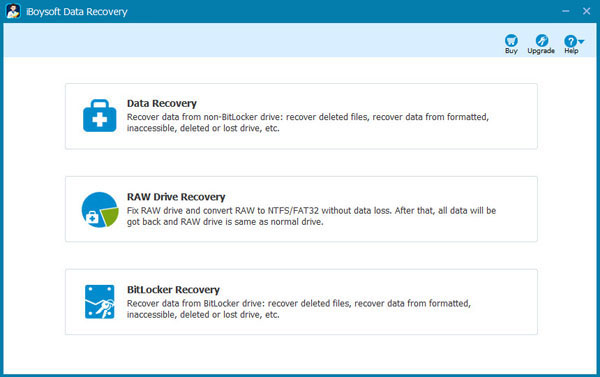 Creating disk images before data recovery is important for several reasons. Even though a scan can recover deleted files without any issues, it's possible not to find all the deleted files,or the process may not move as expected. When this happens, your chances of recovering the deleted files become almost non-existent because the recovered files would have overwritten the existing ones.

Before you start creating the disk image, you will need to have a separate drive with adequate storage capacity to store the image.

Redundant Array of Independent Disks (RAID) is a method of saving data duplicated on multiple drives. If one of the disks fails, a copy of the data will still be available in the other RAID disk, so you are unlikely to lose all your vital data.

There are several RAID levels or configurations to choose from, depending on the number of drives needed: RAID 0, RAID 1, RAID 5, RAID 6, RAID 10, and so on. For example, RAID 1 requires two drives, and RAID 5 requires four drives. 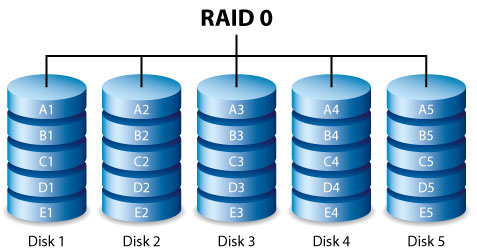 It's essential to keep in mind that the extra disks of RAID arrays should not be considered backups. This means that if your main drive is a RAID array, you still need to back it up. With software such as Apple's Time Machine, your RAID array can be used for backups.

Internet of Things (IoT) is the interconnection of things or devices embedded with electronics and sensors using internet connectivity, allowing for the collection and exchange of data. IoT makes it possible for devices to share data and store it in each device's flash memory.

The ability to connect different devices makes IoT an important data recovery mechanism. A simple example is when devices like smartphones, computers, and cloud storage are connected. An image taken by a smartphone can be instantly stored in a cloud storage system where it will still be accessible even when the phone's drive is damaged or lost. The same applies to images collected by a CCTV camera shared between the camera, a computer, and a cloud system.

The Future of Data Storage

Going into the future, the Flash is likely to remain a central technology. This is a view supported by Matt Swinbourne, the chief technology officer for cloud architecture at NetApp, who is quoted by ComputerWeekly.com saying,"Flash is here to stay for the foreseeable future."

Flash storage is defined by the computer giant IBM as "a solid-state technology that uses flash memory chips for writing and storing data." Compared to hard drives with moving components, flash storage is fast and uses less energy and physical space. Also, it does not lose data when power is lost.

Writing for ComputerWeekly.com, Chris Evans notes that "NVMe over Fabrics – with NVMe carried over Fibre Channel, Ethernet, Infiniband, and other protocols – could revolutionize shared storage."NVMe stands for Non-volatile Memory Express over PCI Express. It provides a system for delivering faster connections between servers and storage.

In a 2019 article published by Cacm.Acm.org (a resource for computer professionals), Robert Grass, a chemistry professor at ETH Zurich, is quoted saying, "Tape remains a popular and preferred way to back up data." The article reminds those who may disagree that "when a software bug destroyed the email boxes of Gmail users in 2011, Google turned to tape to restore the data."

Adrian Kingsley-Hughes, in an article published by the tech website ZDNet.com, focuses on Helium drives. These are hard drives filled with helium. The main advantage of this technology is that it uses less power. Kingsley-Hughes interviews a company (Backblaze) that he says has a "lot of helium- and air-filled hard drives in service." The verdict is that Helium drives are likely to have a lower failure rate than their air-filled counterparts.

By looking at the trends in data storage going into the future, we can also see the likely data recovery direction. For example, the proliferation of technologies that allow for data to be stored in multiple locations or copied into a disk image indicates the importance of ensuring that your data is not stored in a single place.

Technologies like IoT, which enable data to be shared by different devices and gadgets, ensure that when data is lost in one device, it can still be recovered from another connected device.

The use of software solutions that can be downloaded onto the devices that store data is also likely to remain a popular data recovery means. However, users of these software systems for data recovery need to ensure that they use credible services that will not compromise their data.