Posted by Tim to BitLocker for Mac Tips on March 9th, 2017

TrueCrypt was a free and open-source disk encryption utility first launched in 2004. It can create a virtual encrypted disk within a file, or encrypt a partition or the whole storage device. Once encrypted, the data stored on a partition requires a password to access. TrueCrypt was a popular means of disk encryption on both Mac OSX and Windows operating systems with millions of users.

Why need TrueCrypt alternative for Mac?

Truecrypt.org released an official announcement on truecrypt.sourceforge.net while containing the following messages:

"WARNING: Using TrueCrypt is not secure as it may contain unfixed security issues.

This page exists only to help migrate existing data encrypted by TrueCrypt.

It is not only for Windows users, but for all of you who are using TrueCrypt, including Mac OS X and Linux users. Windows users can transfer to BitLocker, then how about Mac users?

Truecrypt.org has suggested Windows users to transfer to BitLocker, but Microsoft didn't release BitLocker for Mac OS, how about Mac users? With the help of M3 BitLocker Loader for Mac, you still can use BitLocker if you are a cross-platform (Windows and Mac) user. 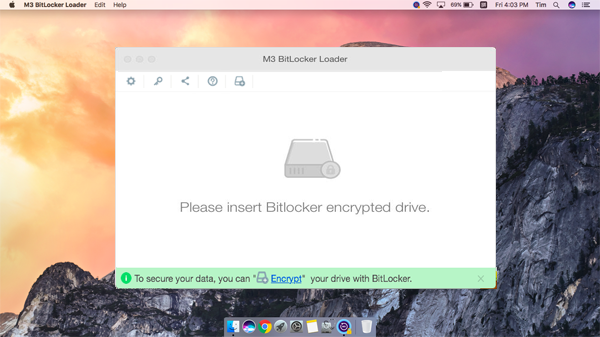 Step 5: Select the partition which you want to encrypt and click Encrypt. 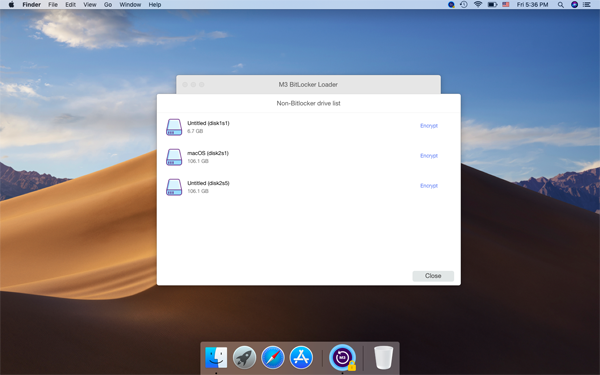 Step 7: Save the recovery key.

If I am a Linux cross-platform user, how to access BitLocker encrypted drive in Linux?